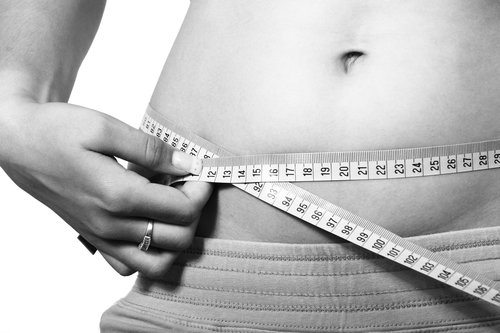 I recently got to thinking about my personal fitness. For the past 20-some years, I’ve labeled myself as being in some state of “shape”. I’ve had a few babies and injuries that caused me to be “out of shape”. And I’ve had brief periods where I was “in shape” (you don’t even want to know what it took to get there). But it turns out that most of the time I’ve been “getting in shape”.

The problem is that somewhere along the way, my fitness became a perpetual goal. A perpetual goal meaning that despite pretty consistent striving, I mostly never arrive at my ridiculous definition of “in shape”.

The few times that I have actually been “in shape”, I was paranoid of getting out of shape which felt like this hot pressure breathing down my neck. The pressure I put on myself went from guilt for missing a workout to downright panic. Always waiting for the other sneaker to drop.

This plays itself out in different ways for us…weight, income, happiness. Perpetually trying to lose 10 pounds, to make a certain amount of money, to find that magical philosophy that will ease our suffering. But the result is always restricting, constantly stressing, or forever seeking.

Part of the problem is that I’ve chosen a goal to chase instead of a value to live. (I have to credit Mark Manson for that concept. His book, The Subtle Art of Not Giving a F*CK is great if you don’t mind swearing.) The truth is when I look at my life, I’m pretty much a daily exerciser. If being active were my value, I could check it off and forget about it. But I recently realized that being active ISN’T my value. Being “in shape” is my goal, and I’m holding myself to a standard I almost never achieve. That triggers feelings of failure, dissatisfaction, disappointment, very conditional self-love. If I do achieve it, I don’t know what to do so I default to stressing about it.

I have all kinds of justifications for the mental run around I give myself.

I’m just holding myself to a standard I’ve achieved before.

Having goals is how we create success.

Everyone else seems able to do it.

But it’s all a bunch of B.S. It’s just what I tell myself to make it okay to get on the wheel of striving, not arriving, and kicking myself for it.

I’m not suggesting we all give up exercising (eating healthy, maintaining a spiritual practice, saving money or whatever). But we have to stop and ask ourselves, has it stopped being fun and become just another thing to check off the to-do list? Has it become a source of stress and guilt? Are we trying (and failing) to live up to ridiculous standards? If the answer is yes, then yeah, we need some self-evaluating.

It doesn’t make any sense to consistently do the right thing (like exercise every day) and yet, never feel content.

So I had to ask myself, why not toss in the goal for a value? What is the worst thing that is going to happen if I just decide what I’m doing is enough and how fit I am right now is perfect?

And guess who showed up? Well hello, Ego.

My ego is like that mean coach on the sidelines of a soccer game yelling, “NOOO!!! STACY! Get back in the game! You’re better than this. You’ll never be a star playing like that!” And I’m like, “I just want to have fun. Just let me play and enjoy the game.”

Ego tries a gentler approach. “But Stacy, you’ll never look like an Athleta model or be as fit as those crossfit chicks.” And I’m like, “Ego, I don’t think I even want to do partner yoga on a surfboard with a medicine ball. And 20-ft box jumps while jumping rope doesn’t really sound very fun either.”

Ego: “But what are people going to think?”

Me: “Ego, it seems like the only one who cares at all is you.”

And that’s the gist of it, isn’t it? The worst thing that will happen is that I’ll have to put another knife in my ego’s back. And stabbing a frenemy who has been by your side for so long isn’t an easy thing to do.

But alas, that is the practice for me.

So, what is the worst thing that is going to happen if you trade in that impossible perpetual goal for a value instead?