Five Ways to Keep your Cool in an Argument 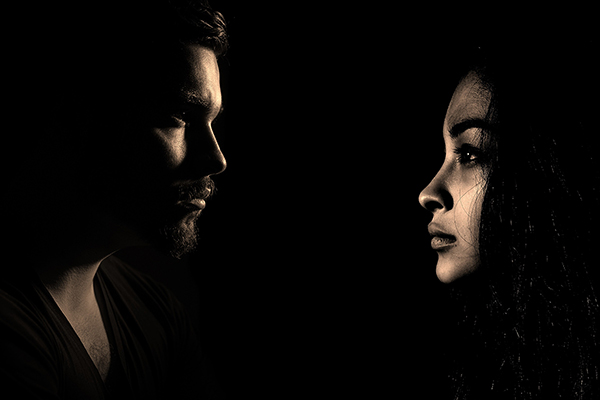 You can walk into a conversation with the most loving intentions but when the other person pushes your buttons, it’s all too easy to fall into an unhealthy trap.

Having an auto-response (even just to repeat in your head) can be incredibly helpful for staying on the high-energy road, even when the other person’s response threatens to drag you down. Here are some common tricky situations and what to do to keep yourself centered.

They try to engage you in a fight.
People prefer what they know, especially when they are triggered. If communication between the two of you has historically ended in a fight, the other person may want to pull you both back into that familiar scenario. Also, energy likes company. If they feel miserable, they will want you to drop down into that misery energy with them.

Breaking patterns is one of the toughest things to do in a relationship, especially one that has a long history. If the other person isn’t on board, you carry the bigger burden. But even if they never join you in your intention, you can break your own pattern by not engaging.

RESPONSE: I love us too much to fight.

They shut down and disconnect.
Everyone handles situations differently depending on their fear response. Some people fight. Some people flee. When the other person withdraws, it’s likely they are wrapped up in their own emotional reaction. Unfortunately at that point, they may not be able to hear what you are trying to communicate. Also, feedback can be really threatening for people who are easily triggered when they think they’ve done something “wrong.” System shut down is a common response to feelings of unworthiness.

The purpose of communication needs to be for connection and not to point out wrongness. As long as that remains the focus, there is less likelihood of triggering the other person.

RESPONSE: I am expressing myself, because I want to stay connected.

They keep dragging up the past.
Some people feel like the best defense is a good offense. If there isn’t anything to grab onto in the moment to use as an attack, they might bring up something old that they think you did wrong. It’s just a deflection technique.

It could also mean there are unresolved events still causing pain in the present. That’s worth a mindful look at some point. Clearing it up by forgiving and learning from it may put it to rest. However, this moment is for this conversation and it’s important to maintain focus on that rather than get confused and distracted.

RESPONSE: I’m focused on only this right now.

The calmer you are, the more out of control they become.
Sometimes people mistake a calm demeanor as a dismissive one or as quiet judgement, and people do interesting things when they feel ignored. They may double their efforts to be heard by screaming, swearing, and spinning out of control. The more non-reactive you are, the more judged they feel and the more self-judgement they engage in. It’s all just what’s going on in their own mind though.

In order to remain connected, you have to stay and allow. Abandoned is the last thing somebody who has lost it wants to feel in their “crazy” moment. That feels like the ultimate judgement.

RESPONSE: I am loving and will not turn away.

They reject your apology.
The other person may either outright refuse to accept it or energetically reject it by remaining disconnected. People reject apologies for a number of reasons…they don’t believe them, they don’t trust that things will change, they want to punish the other person, etc… As long as the apology is sincere and done properly (without justifications/rationalizations/qualifiers/blame) with an honest intention to change behavior, the other person’s response is their business.

RESPONSE: I can forgive myself and move on.

We aren’t always on the same page as our partner, but that doesn’t mean we can’t bring our best selves to the tough conversations. Having helpful little tools like auto-responses are a way for us to keep growing, keep loving, and stay connected to ourselves and our loved ones.