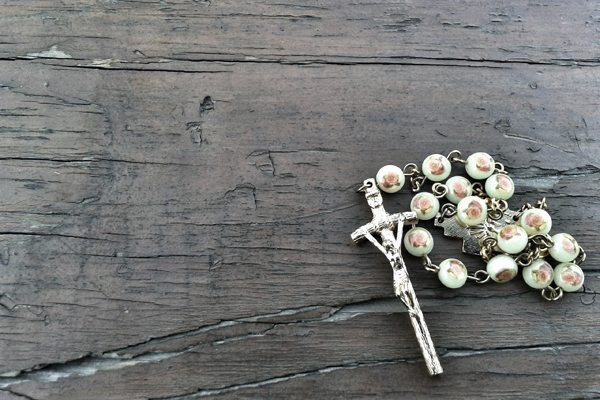 I was raised Catholic but do not consider myself Catholic anymore. Leaving my religion has been a lifetime process and one that has been both challenging and liberating.

When you are raised in a religion to the extent I was, it almost becomes woven into your DNA. It’s a part of you. It’s like an additional family member. You might not like it, but there it is. Even when you leave, it feels nearly impossible to completely cut it out of your life. You might not participate anymore, but you can still feel how it affects your beliefs, thoughts, emotions, and actions today.

In looking back across my life, I now realize that I went through four stages of religious departure.

Stage 1: Freedom
People are enthusiastic participants in their church because it is adding value to their lives. For those of us who ultimately leave a church, we feel a sense of liberation because it was limiting us in some way. Sometimes we don’t even know how confined we are until we make the decision to walk away. That feeling of freedom to be who you are without limitation felt empowering. It felt like I was standing up for myself and walking away from a toxic relationship. I thought I was going to march right out of there and never look back. I was severing all ties forever. I was rejecting the church and everything to do with it as I reclaimed myself.

But that didn’t last, because I was more connected than I thought.

Stage 2: Anger
Then, I got mad. I got mad for all of the ways the church made me feel wrong and bad. I got mad for all of the ways it made other people feel that way. I was angry at the people I loved who subjected me to it. I was hurt that they exposed me to beliefs that made me feel ashamed. I was disgusted that people I wanted to respect even believed the teachings I so disagreed with. I was mad at the church for twisting the words of Jesus. I was angry for what felt like being lied to my whole life.

So, THAT is a rather unhappy stage. And truthfully, I sometimes feel the disgust creep back in. I have a much easier time letting other religions go about their business, but Catholicism? I can be quick to criticize them, like that family member you will always be connected to. When it contributed so much to who you are, it’s not always easy to detach from it completely. The real irony is that I’m usually irritated at how judgmental I find the Catholic church. Look who is judging now, eh?

Stage 3: Integration
Eventually, I softened and ended up wanting to find some way I could still be a Catholic. In fact, I would say that I cycled through these first three stages twice. I ended up seeking integration when I was getting married and just ended up back at stage 1. Then, when one of my children decided he wanted to be baptized, I found myself again seeking integration. It surprised me at the time that I still had that desire, but it’s just so familiar. When you can pretty much recite the mass in your head and you know the songs and prayers, being there in the pew feels a little bit like being home.

Until it doesn’t. I would find myself constantly thrown up against a belief that I knew wasn’t mine. I was too often trying to swallow it down but it made me feel like a fraud. I felt like a liar saying the prayers and vows aloud (and now a liar in front of my son). That just launched me back into the way I felt sitting in church as a kid feeling like such an outsider, because I didn’t believe the things the group I was surrounded by believed. I felt alone and like I didn’t belong, not accepted and loved.

And so I walked away again but this time it was different.

Stage 4: Intersection
I finally ended up seeking intersection. By this time, I had a very clear idea of my own spirituality. In fact, I was grateful for my cycles back through the Catholic church because they helped me find out what I do and don’t believe (that and lots of work seeking my spiritual truth elsewhere). But I still have Catholicism as a part of me. Rejecting the whole church doesn’t feel right anymore. What I am always looking for now are the ways the things I believe align with those old beliefs. Yes, many of them do not. That is okay. But many do and that feels like home… accepting and loving the ways we are similar and accepting and loving the ways that we are different, too.

All of the other stages made me feel the separation between me and Catholicism. In each, I was distancing myself or feeling distanced because I was focusing on our differences. Finding how we are the same is what really feels like coming home. And that is pretty important, because so many people I love feel at home within the Catholic church. I don’t want to feel separated from them. I don’t want to separate myself from them. I know the place for us to all feel accepted and loved within our belief systems. That place is where we are connected. It is our sameness. It is our shared belief in love.