I’m No Good at Math 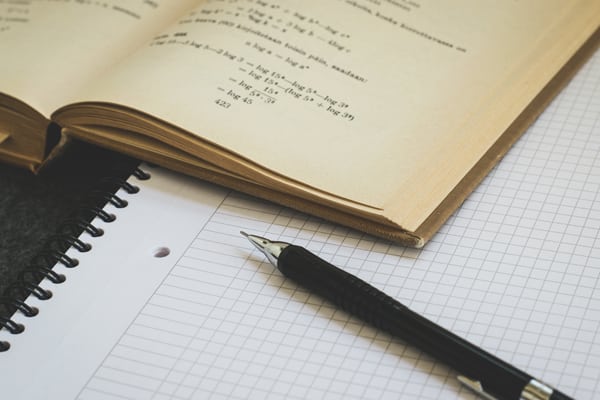 It’s such a small book… why was I so intimidated by it?
C’mon, I’ve read a ton of books, books of all kinds. But as I pulled this one from the Amazon envelope, I was afraid to even open it. I wasn’t ready to find out the answers to all of my fears.

What if this is over my head? What if don’t get it? What if I’m not conscious enough to understand these teachings?

It was the Tao Te Ching.
I’ve wanted to read it for years but have always hesitated. Mostly because the teachers I’ve heard mention it have always been way beyond me in spiritual maturity. But a part of me still wanted to read it. I had a feeling it contained magic and beauty. But was I developed enough to appreciate it?

And then recently, one of my spiritual mentors mentioned it when I was asking for her list of must read books. It felt like a call from the universe, so I ordered it.

But as I held the thin book in my hand, I heard a voice of doubt and fear in my head.

It’s kind of like math. I used to teach algebra and I would hear students (and parents) say that they were never good at math and that they would never be able to do algebra. But do you want to know the truth? I never met a single person who couldn’t do algebra. I did meet A LOT of people who didn’t think they could though. And so they didn’t.

Was that the same thing going on here? I had a feeling it was all just a matter of connecting to that part of me that would understand the teachings in the book. Sounds easy enough, but I could feel the self-doubt.

Maybe it all just came down to desire. Were desire and intention going to be the game-changers here? Just like with algebra? The kids who decided they WERE going to do it no matter how good or bad they thought they were at math, did do it.

What if the desire to do something is the only thing standing between us and ANYTHING?
I mean, I get it. I’m not ever going to run a four-minute mile. But a lot of that is total lack of desire. In fact, as I ticked down a list of things I want to do, every single one of them was doable if I put my mind to it. Maybe I wasn’t getting crazy enough with my list. I added a few more outlandish things. Same thing.

It kind of blew my mind to think I could do anything, including so many things I assumed weren’t within my capabilities.

So I decided to open the Tao Te Ching. It was every bit as intimidating as I expected, but at least I was now equipped with a belief that I would be able to grasp it. On some level anyway. Maybe I’d get even more from it when I revisit it a few years down the road.

But you have to start somewhere. Maybe saying yes, believing you are capable, and just plain starting will get you there.