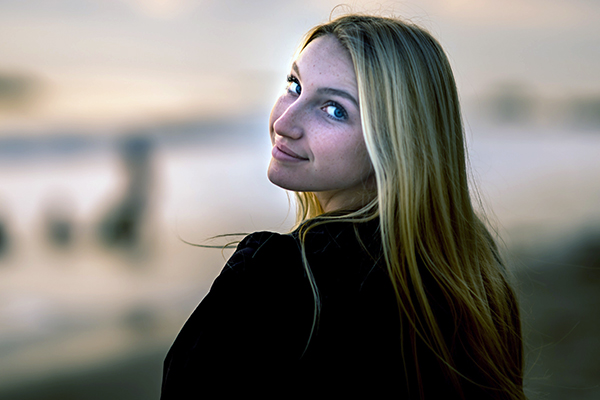 The Summit of Greatness
I attended this amazing conference a couple of weeks ago. It was a few days of inspiring speakers giving TEDtalk-style speeches back-to-back during the day. Kyle Cease, a hilarious transformational teacher, was going to be there and he was by far the person I was most excited to see.

At the first night’s social event (before we’d seen any speakers), I noticed him going in with a couple of other people. Kyle Cease! One of the people we were going to cheer from the seats was just strolling into the crowd with a couple of women. I thought for a minute about going up to him but I talked myself out of it with this thought, “He probably just wants to enjoy himself and not be mobbed by fans.”

A little while later, I noticed he was still with the same two people and nobody seemed to be waiting to talk to him so I decided to approach him. I said, “Hi.” He said, “Hi! I’m Kyle.” (How cute is that, I’m Kyle. I know who you are! That’s why I’m about to fan girl you.) I introduced myself, thanked him for his contribution to our world and complimented him on how he handles such big topics with lightness and humor. Then, I asked him for a photo. He gladly agreed, we snapped the picture, and I said goodbye.

Nobody was waiting to talk to him. Why did I leave?
I left because of these thoughts. “I don’t want to eat up his time. I want other people to have a chance to talk to him. Why would he want to spend time getting to know me? I’m nobody.” That really nagged at me over the next couple of days. I felt like I’d missed out on something wonderful because of my own feelings of unworthiness.

Great, I have a photo of me and Kyle on my Instagram grid. You know what I don’t have that I am absolutely certain would have been amazing? I don’t have the memory of a meaningful conversation with him. While I told myself a story that his time was more important than who I am, I let my ego pull me away from a beautiful opportunity.

Why do we do that? We put someone on a pedestal and make a massive assumption that they wouldn’t want to get to know us. The truth is that nobody is more special than you. Nobody is more special than me. Not even Oprah. We lose out on great things like mentorships and connections. We lose out on smaller but also lovely things like meaningful conversations and sweet exchanges.

We do this in our relationships, too.
We decide that the other person’s time, energy, or opinion is more important than ours. When we decide to silence ourselves and not speak up, we lose out on connection. You know what else? When we tell ourselves that we aren’t worth other people’s time, we rob them of the opportunity to show up for us. And so often, it’s just an assumption with absolutely no truth behind it.

I have no doubt that Kyle Cease would have happily spent a few more minutes getting to know me. And the part that kind of sucks is I would have really liked to get to know him. So that will be the last time I rob myself of that kind of opportunity. Regret is one of my least favorite emotions so I try very hard to learn fast when it shows up. I’m important. I matter. And the person who has to believe that first is me.