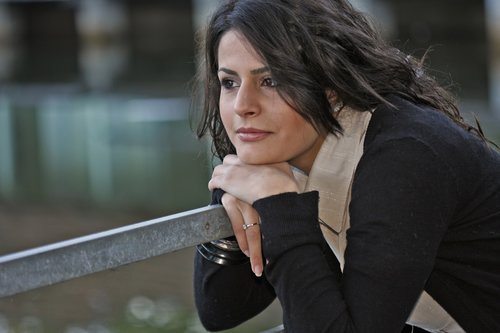 My 11 year-old son will ask for anything.

“Can I have chocolate chips for breakfast?”

“Can we buy that enormous stuffed turtle?”

“Can I ride in the boat on our way to the lake?” (Yes, he means on the highway.)

It doesn’t matter to him how ridiculous I might think it is, or how unlikely he is to get a yes.  He does it because he is still a dreamer.  In his mind, all of these requests are REAL possibilities.

My other children, even the 6 year-old, won’t ask for those kinds of things.  It’s not that I told them one day not to ask for chocolate chips for breakfast.  But somewhere along the way, they (correctly) made the assumption that I probably won’t say yes.  And while I do appreciate that it means fewer requests for me to respond to, I wonder how many opportunities they miss because they don’t ask.  Sometimes I do say yes, and the only reason they benefit from it is because of their brother.

How many of us are just like them?  Not even asking for things we want, because we have already assumed the answer is no.  And how do we know the answer won’t be yes?

If there is a corner kick in a soccer game, my dreamer is that kid who will yell at the top of his lungs, “CAN I TAKE IT?!!”  Other kids wait quietly for the coach to decide who should take it.  And while some of that may be good manners or personality, some of that hesitation is due to fear of rejection.  What if coach says, “No, not you”?

The awesome thing about my dreamer is that he also takes the answer, yes OR no, with total ease.  He doesn’t assume that no is because he is in some way unworthy.

But most of us do that!  If we actually get up the courage to ask for something and someone says no, we judge ourselves as not worthy.  But do we really know why they said no?  There are so many possibilities!  Yet we dump it on ourselves.  And each time it happens, we become that much more hesitant to ask for something the next time.  We begin putting up walls and boundaries that block out possibilities.

How many of us are missing out on opportunities because we already answered the question in our head before we even asked it?

Just like my son has discovered, I have learned that sometimes people say yes.  People can surprise us.  They say yes to requests, to suggestions, to ideas.  I have had amazing experiences that were long delayed because of my automatic assumption that the answer would be no.

What do you want that you are afraid to ask for?

It’s okay if you can’t come up with something at first.  That makes sense, because isn’t this really a question of how connected you are to your inner dreamer?

We all have one.  We were all born dreamers before the world shackled us with limits and expectations, but it is still possible to rediscover our dreamer who sees the world with wonder and opportunities.  Some people can hear the dreamer voice louder than others.  My son practically shares the same voice with his inner dreamer.  But many of us can barely hear ours, because we’ve been so conditioned to be “realistic”.

But first, we’ve got to listen to the dreams.

Only then, can we ever frame them as requests.

And finally, find the courage to ask for what we want.  The answer might be YES!