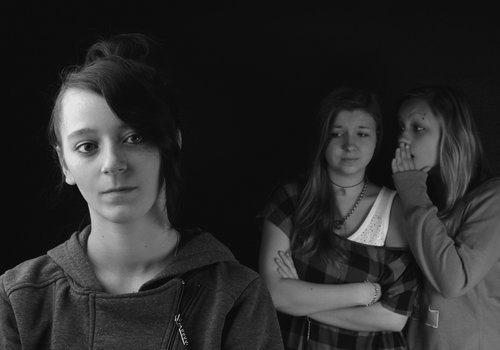 I was being judgmental the other day.  The extra lame thing about it was that I was looking in from the outside and watching myself do it with total awareness and still giving into it.

It felt icky though and I called myself out in a text to a friend.

Wait a second.  When I was a kid we used the word mental to describe someone who was acting crazy.  As in, “Have you gone mental?”

But that’s exactly what I’d done.

I had virtually no information and I was making assumptions, tossing around judgments, and sprinkling it all with some colorful language for emphasis.  It was so ridiculous.  And the really mental part about it was how ridiculous I knew it was, but I did it anyway!

It was seductive.  It was like working hard for so long not to scratch a mosquito bite and then in a fit just giving in and scratching like crazy.  It feels so good in the moment.  It satisfies a craving of some kind.  But in the end, you just feel worse.  It opens the wound and itches more than ever.

That’s what it’s like, though, when we are trying to change a behavior.  Sometimes you have to be mindful for a very long time before you stop wanting to scratch.  And every once in a while you might do it anyway.  Unfortunately once you have awareness of an unhealthy pattern and you set the intention to change it, it feels so much worse when you give in.

Why didn’t I stop myself?!  Especially when I “knew better”.

The thing is that old patterns of behavior have a pay-off.  We get some temporary benefit from them.  That’s why we hold onto them for so long even when we know they are unhealthy.  I know that stings a little.  It hurts me, too.  But you know my practice…I have to ask myself the hard questions so that I can move forward into patterns of behavior that help me grow and allow me to reach my potential as a being.

Okay then, “Why did you give into it, Stacy?”

I had to admit to myself that it felt good to blame someone else for something that often weighs heavy on my heart.  In this particular situation, I hold myself personally responsible for everything that happens (whether that is reasonable or not).  I judge myself constantly in this arena.  It felt so good to have what looked like tangible evidence that I’m not the only one f-ing this up.  And the more I thought about it, the more I realized that I’m judging a lot in this area.  Every time I do, I’m attempting to ease my judgment of myself.

What a mental way to react!  I’m judging others because it feels so bad to judge myself!  You’ve just got to laugh at yourself sometimes when you realize how ridiculous and hilariously human you are.

This one is going to be great for me, because every time I hear or see the word “judgmental” now, MENTAL just jumps out at me.  What a brilliant reminder!

I know it’s a hard question but when you fall short of your intentions, get in the habit of asking yourself…

“What’s the quick pay-off I’m getting by continuing this unhealthy behavior?”

How much more inflamed will that bite be after you give into the itch?

There is so much to be learned by answering that!