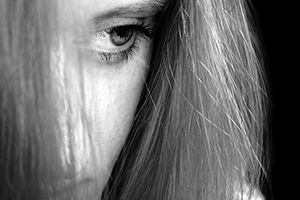 I have a dozen ugly thoughts a day about my appearance.
Every single day. To be honest, that is more an underestimate than an exaggeration.

I rarely talk about this, but not for the reasons you might think. Obviously, it’s not because I don’t have those thoughts and emotions (see above). It’s also not because I’m being mindful of my words or because of my commitment to loving myself. I wish it were. I don’t talk about them because I don’t want anyone to know how I am really feeling about myself.

It’s one of my biggest failures. When I was younger, the failure was that I hadn’t achieved the perfect body. Now that I’m older, the failure is one of mindset that I haven’t been able to eradicate those thoughts and feelings.

My story is just a version of every story.
There was the initial wound. I can remember exactly where I was standing on the playground when it was said to me, “You have such a big butt.” What I heard was… your physical human form is wrong, something you will never be able to change about yourself, you will never be right in this world, God screwed up on you.

It was just a sentence but in that moment, something happened inside me. A ledger appeared. “You have such a big butt” was written on the first line of the first page. I had been given a “truth” about myself that I didn’t know before and it could never be unknown. Over the decades, that ledger has been filled by page after page of evidence of that truth. Sure, there are some entries that came in from the outside world just like that first one did, but they are only a tiny fraction of a percent of what has been logged in that ledger. Most of the entries are mine. They are all of the ways I’ve reinforced that message I got on the playground through dozens of ugly thoughts every day.

I could have really used some help with this, but I learned very early in the game that skinny girls are not supposed to talk about feeling fat and pretty girls are not supposed to say they feel ugly or disgusting. At best, someone who loves you will dismiss your feelings and reassure you it’s not true. At worst, the world will be downright cruel and reaffirm your fear that you have no right talking about or even feeling that way. I felt wrong in how I looked AND wrong in how I felt about it.

Not much has changed.
Intellectually and theoretically, I know different. But the thoughts and emotions still arise for me. And that is where I get stuck.

I have this incorrect belief that everything of value I have created and want to share with you is completely voided out by this failure. If I can’t master this, what business do I have talking about any kind of personal development? The hiding of what is really happening inside of me feels like a deception. I don’t want anyone who reads, listens to, or learns from what I put into the world to know what a colossal failure the creator is. But keeping that secret feels like a total lack of authenticity.

So there it is.

We all have that area we struggle in.
For a lot of people I work with, it is relationships. For others, it is money or mental illness or all of the above. Turns out that (one of) mine is loving my physical self. Part of what helps me is coming clean about my struggle, exposing myself to others so that I feel authentic. Giving myself permission to have those thoughts and feelings without judging them as wrong.

Here is what I want you to know. Whatever secret thoughts and feelings you have all day every day that make you feel like a failure are not wrong. In fact, they are perfectly okay. Find someone to share them with who will help you feel like you are normal and right as rain just the way you are.

Because it is true.