Note From a Recovering Control Freak 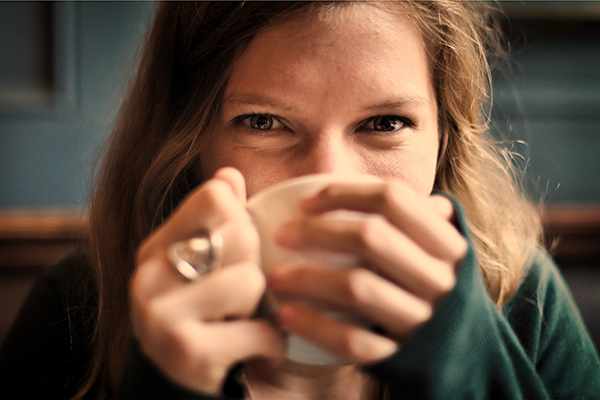 When you’re a control freak, you send a clear message to the people in your life.

I don’t trust you.

That’s not great for relationships.

I grew up in a small house with a lot of people.
If we forgot to grab the milk or miscounted the forks at dinner, it was never a problem. Our table was in the middle of the kitchen and you could open the fridge and most of the drawers without ever getting out of your chair. Someone could also answer the phone that was attached to the wall, so you had to listen, embarrassed, as one of your parents told the boy you liked that our family did not take calls during dinner and you prayed some Hail Marys that he would call back later. The seven of us shared one bathroom, which you were not allowed to lock because when a little kid has to go to the bathroom, it’s often an emergency.

There’s only so much you can expect with that many people in a small area. Understandably, it was loud and pretty chaotic. Except in the back corner of the house. That’s where I had my very own place.

My dad divided the room I shared with my sister by lining up three bookshelves down the center. On my side, there was just enough space to walk along the side of the bed and sit at the desk against the foot of it. Even though it was tiny, it was all mine. I kept it organized and tidy. I made my bed every single morning. In the midst of all the craziness, I had total authority over this little area. It felt so good to control something, to make one corner of my world predictable, to have a place where I felt protected from the moods and actions of everyone else.

Control is often about making ourselves feel safe.
We don’t trust other people to account for our well-being and desires. As a kid, I didn’t necessarily have evidence that nobody would care for my needs but I also didn’t have faith that they would. It seemed pretty reasonable to believe the needs of my four younger siblings might outweigh mine.

I took control of every aspect of my life I could. If I was in charge, I would’t be overlooked. I wouldn’t be forced to live someone else’s agenda.

As I added people to my life, I tried to control them, too.
My husband. My kids. I really believed I was protecting my children by helping them succeed. Good grades lead to more opportunities. Playing sports teaches good life skills. Presenting yourself a certain way will keep you from being teased and make more people like you. I was afraid the world would hurt them and that life would be harder than necessary, if I didn’t create safety for them by controlling every molecule of their lives. In the process though, I was sending that clear message again.

I don’t trust you.

When that result was finally on my radar, I started to make some changes. It’s hard when you have a lifetime habit but I was worried about what might happen as they got older.

None of that seemed worth it to me.
I started deferring to others when it came to decisions and to my surprise, the world did not end. It turns out people have lots of good ideas and it makes them feel really good to be included and listened to.

Opinions are one thing though. I also started letting other people actually do things. Their way. Another surprise – this led to less work and reduced stress for me. It even felt good to not care if they went to preschool in THAT outfit.

I started to practice discernment, too. Not everything in my world had to happen my way, but also, I have good instincts and need to honor those when they’re not fear-based.

This is still a work in progress (just ask my kids) and when I feel myself squeezing down and wanting to micromanage, I remind myself that I not only want them to feel I trust them but I also want them to trust themselves. I want them to have confidence and self-reliance. I want them to learn from their mistakes and become creative problem-solvers. I can’t do that as a controlling parent.

My world is less tidy but also less tense.
People “break the rules” but at least they’re honest about it. When others don’t want to do it my way, I can make space for their ideas and pathways. It can feel a little less safe but it feels a lot more healthy and happy.