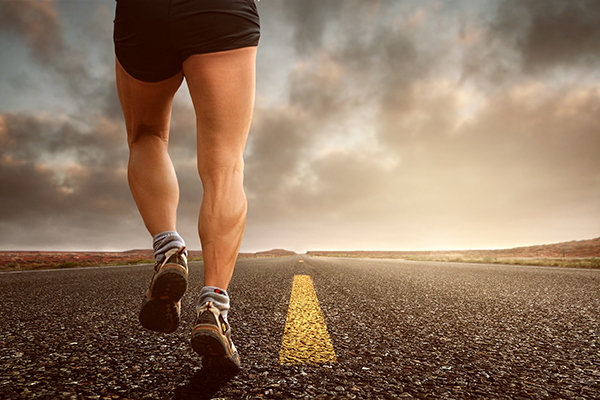 I want to outrun failure.
I can see it chasing me and I want to beat it to the finish line.

Without diving too deep into the mental mess of where that came from and what it means (we’d be here for days), let’s just say I wrestle with a deep belief that my achievements and successes ARE who I am and without them, I am unworthy of love. Therefore, failure in my life has been a threat to my very being. (I know, I know, it’s some sick shit but I promise we are all walking around with some version of unworthiness. It’s why I do my work and why you’re reading this.)

My Default Failure Rules:
Don’t tell anyone about it. In fact, it’s probably best to not even share your goals with other people. That way failure is naturally buried from view.
If someone finds out, sell it as a “learning opportunity.” Maybe even convince yourself that it’s true even though the voice in your head knows better.
Never dream bigger than what you are absolutely 100% certain you can achieve. This greatly minimizes the potential for failure.

When confronted with a failure, here are the steps I created as a young girl to get me the heck out of there.

This whole system began to fall apart when I started breaking the rules as a new business owner.

I knew nothing about business so I was dreaming outside what I knew I could accomplish. Dangerous. Plus, I was accountable to my business coach, my mastermind group, and my husband, Noel, so it was harder to hide my goals OR my failures. Believe me, I tried. Nothing could gut me worse than the question, “How’s your business?”

I still tried to follow my trusty failure steps and in doing so, I made fast uninformed decisions that resulted in more failures to hide while I buried the mounting emotional turmoil.

Until I couldn’t handle it anymore.
I had to admit failure. Not just to myself but to other people. I also had to stop in the midst of everything and take a break to feel. All those emotions I’d been burying for who knows how long were screaming to get to the surface and once I opened up the vault, they all came crashing down on me. Humiliation, resentment, devastation, hopelessness, inferiority, worry, jealousy, and my constant companion, shame.

For all the projects I spent huge numbers of hours on and never completed. The courses I created and tested and ultimately decided to ditch because they weren’t a good fit anymore. The materials I purchased and never used. The person I paid thousands of dollars to apparently do whatever the heck she wanted other than what I paid her to do. In fact, all the people I outsourced without vetting properly.

It hurt. It sucked. But it was liberating too. Shame hides in the shadows. Talking about my failures started to free me. Feeling those emotions helped me grab my self-worth back from failure and allowed me to breathe before the next “plan.”

My Revised Failure Rules:
Always have a partner. I always hated working with other people, way back to when I was kid, because I hated to be slowed down. Their opinions were only going to get in my way. Especially in the midst of a failure, the last thing I want is another set of eyeballs on my disaster. But how many poor choices could have been averted with the gentle intervention of another person invested in the same goal? A partner can weigh in on my choices before I get ahead of myself. A partner helps me know I’m okay and that a project fail doesn’t mean I’m a failure at my core. When you keep all that garbage inside, you start to believe it and sometimes it takes saying it aloud to someone else before you realize it’s not really a big deal. It doesn’t mean all you make it out to be.

First, take a pause. Oh man, this one is hard for me. I don’t like to stop and think and research and balance costs and benefits. I like to go with my gut but, as we know now, sometimes that “gut” is actually my fear voice. Slowing down and gaining clarity BEFORE I move forward is always going to yield better results. When I don’t feel like a failure as a being, urgency disappears. Going smart makes more sense than going fast. I can walk. It’s going to be okay.

I really do believe that failure is a learning opportunity but now, I also believe it’s okay to feel disappointed, sad, and even embarrassed when it happens. I believe it has nothing to do with my worthiness (though I’m still trying to convince my ego of that one).

And also, I believe it’s okay to dream bigger than what you think you can do. I’m doing that every day and it’s okay if failure is along with me for the journey. It’s probably going to be a photo finish, but I intend to win in the end.