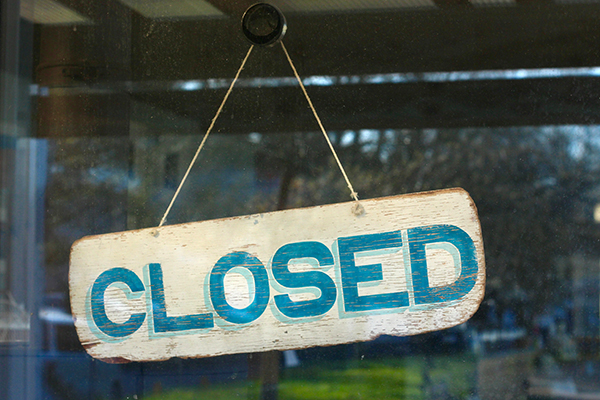 Closure: a comforting or satisfying sense of finality
That’s straight from the dictionary. Have you ever had someone break up with you and it feel comforting and satisfying? Yeah, me neither.

If we’re honest with ourselves, we really want these three things when we say we want closure…

Tell the truth now. If you got that kind of closure, would you be okay with the relationship being over? Wouldn’t you want to keep working at it?

Here’s the catch: The reason we’re able to embrace the “finality” of a relationship is because we DON’T get that stuff.

Seeking closure is a total set-up!
It’s also relationship purgatory. People will hold themselves there for such a long time, which is unfortunate because they have to eventually close the door and grieve the loss anyway. All they’re doing is delaying it.

Needing closure can also be a cover.
What some people really want is one more conversation so they can tell the person how hurt they are. They hope that upon hearing that, the other person will have a total change of heart, be incredibly remorseful, remember all the “good times” and love shared, and ask for a second chance. It’s another form of purgatory. It’s just another postponement of the healing process.

I’ve said it before and I’ll say it again, misguided hope is a dangerous thing.

When you drop down into your heart, do you really want that?
Honestly, is this relationship worthy of you? This person you had to pin down to get an explanation. This person who won’t apologize for hurting you. This person who doesn’t seem at all interested in your feelings? I’m sorry, but that’s a no for me. If I have to build someone a case for why they should be in a relationship with me, I’m out. I’m not campaigning for myself. I don’t need to, and neither do you.

Let’s commit to it together. We won’t hand the reins of our lives over to someone who doesn’t deserve them.

Closure is an inside job.
You’re the only one who can do it. You absolutely deserve an explanation, acknowledgment, and an apology, but you don’t need it.

YOU can comfort yourself.
It can be final because YOU decide it’s over.
The satisfaction can come from YOU moving yourself on without anyone else’s permission or blessing.

I’m not gonna tell you it’s easy but it’s work you’re gonna do anyway. There will be heartache whether the relationship ends now or in the future after “closure.” Why not get to the work of it sooner rather than later?