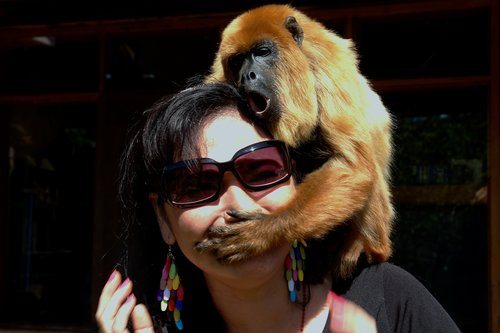 Let’s talk about should-ing on people.  I’m embarrassed to say that I do this.  Even worse, I’ve probably been doing it from the moment I could talk, leaving a vast wake of should behind me.  But now, I’m thinking about trying to eradicate the word from my life.  If I even can.

What exactly is going on behind the word, should?  Let’s break it down.  Even though the realization is kind of horrifying, isn’t this what the other person is hearing when I tell someone they should do something?

“Look friend, there are right and wrong options of things you could do here.  Lucky for you, I know the right ones.  Because I don’t really have faith that you’ll figure them out, I’ll tell you what they are.  If you were as smart as me, which I must not think you are or else I wouldn’t have to tell you what to do, you would pick the one I tell you to pick.”

Gulp.  There is an underlying confidence in a statement like, “Would you like me to throw out a couple of ideas that might work?”  Once you add the should though, it feels more like an underlying arrogance, a better-than-though kind of attitude.  I’m not sure which is worse, that or all of the good ideas (better ones than mine) that may have died on people’s lips before they ever had a chance to be born.

Of course, I can try to console myself by saying that it is just a bad habit and that being arrogant was never my intention and I really don’t think I’m better than someone else.  But for me, the path to self-improvement is to acknowledge it, accept it, and change it.  Not rationalize it.

Let’s get back to should.  Sometimes we try to dress up our should.

You might be thinking, so what?  So, the bossier among us are telling people what to do.  What’s the big deal?

It’s true that some people are pretty unaffected by should.  But aren’t those the people who have a relatively strong faith in their own decision-making ability?

Unfortunately, there are plenty of people who have not yet developed that trust in themselves and being should on elicits a very different response.

In the worst cases, it throws everything they do into question when they realize it’s not just that they don’t trust themselves; other people also think they are incapable.

In the best cases, it causes them to bristle and get angry when they realize you don’t trust them.

And before you give yourself credit for not should-ing on people…there is a very high likelihood that you do this all the time to the most important person in your life.

And the more we do it, the more we rattle our faith in ourselves, right?  You should be doing this.  You shouldn’t be doing that.  It feels like one part of us is the judge and the other is the guilty one.  Perhaps we should go to bed, should say “no”, shouldn’t send that email, shouldn’t be in that relationship, but the underlying judgment isn’t so good for our well-being.  Even in the privacy of our own minds, there has to be a better way to approach our actions that doesn’t undermine our self-confidence.

Now I’m not going to tell you what you should do, because I really do believe that you know what is best for you.  As for me, I’m going to work on some new words that bolster self-confidence, that welcome ideas, and that empower both others and myself.

If you are feeling WAY TOO should on in your life, by someone else OR yourself…