You Can Take the Girl Out of Church… 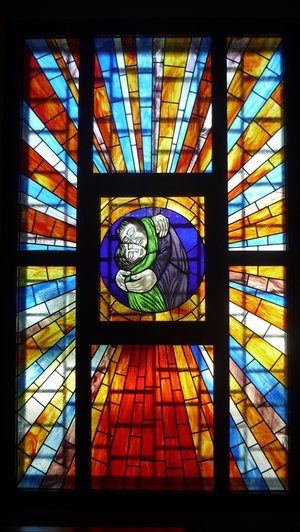 I grew up in a pretty religious environment. And like all religions, this one had a good dose of judgment to go along with the spirituality. This is right. That is wrong. These are the rules.

Some people are great at seeing the spiritual aspects of a religion and focusing on those alone. Other people get really hung up on the judgment piece. I was one of those.

When I first turned my back on religion, I was angry. Actually, more like furious with the way they judged.

Over time, my anger mellowed into a general feeling of disgust. And I didn’t just reserve it for my own religion. I was disgusted with ALL religions.

Looking back, it’s hilarious to me how long this went on before I finally realized that I was doing the very thing I was rejecting. Judging.

In my mind so much had changed, but really I was the same. Still following rules, albeit different ones. Still assessing ideas, actions, and people as right or wrong, but now using a different set of evaluations.

As a child, you are so open and moldable. When you grow up in an environment thick with judgment (like some religious communities can be), it can become deeply ingrained in how you function. Judgment, shame, and guilt are woven into the fabric of your being. I suppose I shouldn’t have been very surprised at my behavior.

What do you do with that as an adult? If you don’t examine it and you leave that shame/guilt program running in the background, it can cause you a lot of suffering. Initially, I was resentful about it. I felt like I had to uninstall the program, and I was angry that it was even there in the first place.

But now, I am grateful.

All of that experience with shame and guilt is a great gift. It means the twin feelings of shame and guilt have a very hard time sneaking up on me. I recognize them like my own face when they show up. And every time they do, they are like a big neon arrow pointing at judgment. AHA! There you are. That provides me with yet another opportunity to clean up my thinking. That’s the practice for me, folks.

As for religions, I began to see how similar we are once I stopped focusing on our differences and trying to separate myself from them.

I, too, yearn to be with others who share my beliefs.

I, too, believe in a consciousness greater than myself.

I, too, want to approach the world with love.

Once I began to feel the connectedness, my disgust began to melt away. Now I try to mind my own business. That is, pay attention to my own thinking. Whether a religion chooses to judge or not, isn’t my business. My business is my own judgment and my own reactions to judgment. And I’m finding that is a plenty big enough job!